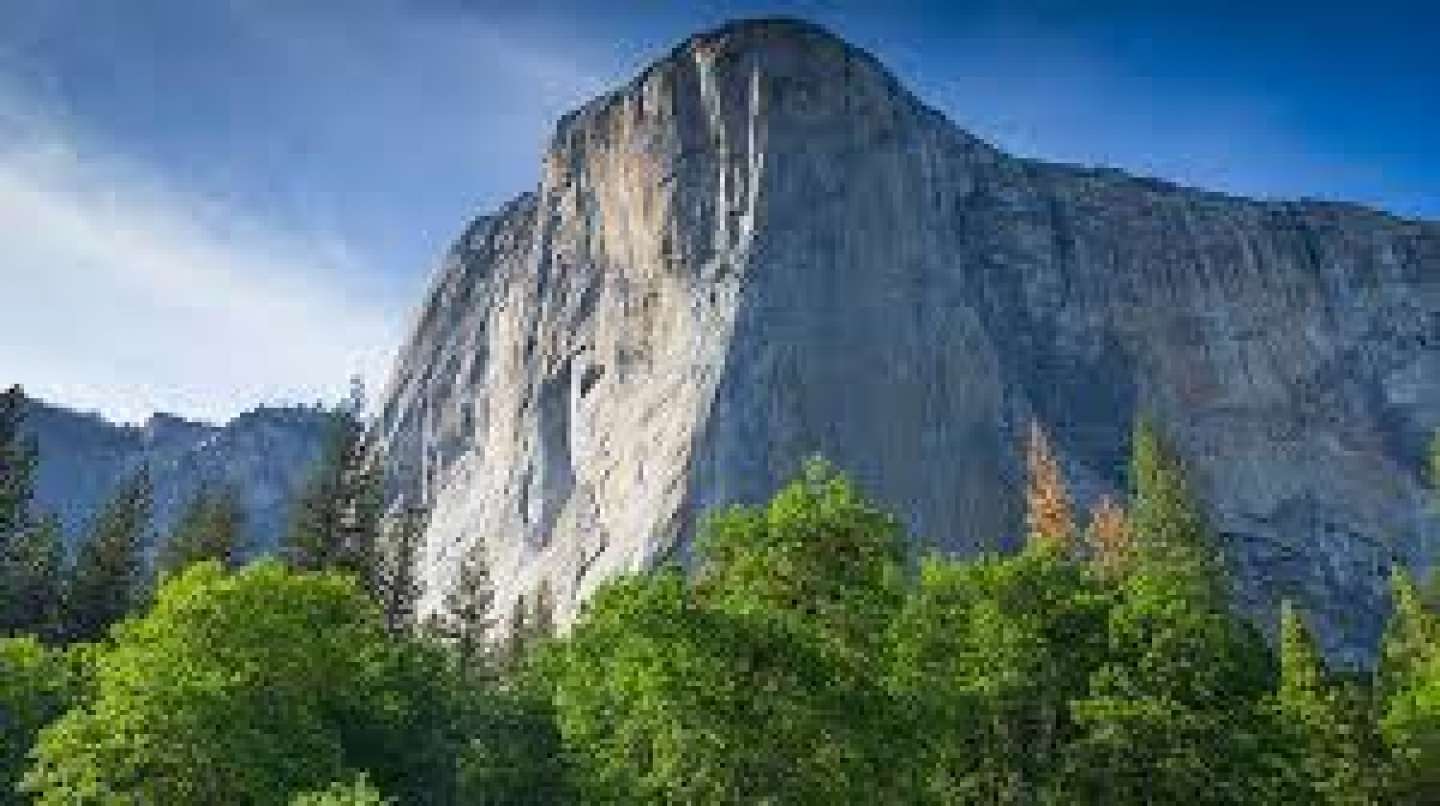 A week before we visited Yosemite National Park, Alex Honnold became the first person to free-climb the near-vertical 3,000-foot face of El Capitan. And just a day before we arrived, two other climbers — Leah Pappajohn and Jonathan Fleury — scaled Yosemite’s El Capitan without clothes.

Unfortunately, Honnold was long gone by the time we arrived at the foot of “El Cap.” Fortunately, Pappajohn and Fleury were. I didn’t know how I would have explained that one to the kids. (“But Dad, they’re still wearing ropes, right? So they’re not totally naked.”)

For us, Yosemite meant taking in the iconic sights, but also wandering through the amazing sequoia groves with the help of an expert guide. If you’re thinking of coming to the park during peak season, you need to know about the “insider” way we avoided the crowds. A visit with “El Cap”

I know what you’re thinking. Yosemite in June. But isn’t everyone there?

Yes, but it’s still an enormous park, which at 1,189 square miles is about the same size as the state of Rhode Island. An insider will know where to go to avoid the crowds, and that insider is a private guide from the Yosemite Conservancy, a nonprofit that supports this national park.

Pete, our conservancy guide, knew the best spots to see the famed El Capitan, the shortcut to Bridalveil Falls, the perfect meadow to stop for a picnic. He even knew the best place to see the climbers scaling the north face. While a line of cars waited on the other side of the park, we used his insider knowledge to save time and see the best places.

The main attractions, of course, were “El Cap” and Half Dome, the two monoliths. If you’ve never been to the foot of these landmarks, let me tell you, there’s no way to adequately describe them. The only thing that comes close is a photo, and only famed photographer Ansel Adams captured what I would consider their essence — the shadows, the smooth granite face and the elegant shape that inspired countless tourists from around the world and a clothing line or two.

There’s a meadow in the Yosemite Valley, right off Northside Drive near the raging Merced River, where you can watch the brave climbers challenging “El Cap”. Bring a powerful pair of binoculars so you can see them inch their way up the vertical face. Not to be melodramatic, but my two youngest kids, who are known to be a little chatty, were stunned into silence. This was some rock. The rocks aren’t the only big things in Yosemite. There are also enormous, thousand-year-old sequoias, and the best place to see them is a secluded grove called Tuolumne Grove. It’s a 2½-mile hike down into the grove, but well worth it. Among the attractions: a dead sequoia you can walk through, a massive fire-red sequoia named Big Red, and a California redwood felled by lightning and hollowed on the inside that the kids can walk through.

Pete explained the fascinating history of these trees — how they used to be common in North America until climate change forced them to retreat to a few isolated pockets, how some of the trees are up to 2,000 years old, and how they create their own ecosystem that’s home to a variety of beetle, millipede and spider species.

Visitors to Yosemite probably know there are redwoods here, but if they don’t know about Tuolumne, it’s unlikely they’ll ever visit. This is one of the smaller and least-trafficked of the groves, yet it is also one of the most visually arresting. Standing next to one of these giants, you feel a lot like you do when you’re at the foot of Half Dome or “El Cap.” There’s an almost reverent attitude you see in the other visitors, even the kids. It’s as if they innately know that these trees are among the last of their kind and must be respected.

Impressed as I was with the silencing effect that Yosemite had on my otherwise boisterous kids, it couldn’t last. On the drive back to the Rush Creek Lodge, the conversation turned to an unanswerable question: Will the nude climbers ever return? Also, why weren’t they arrested for indecent exposure? (Apparently, there’s no law against it in the national parks. Who knew?) And just as suddenly as the quiet had descended on our group, it all evaporated into laughter.

Where to stay
If you want to avoid the traffic and long waiting lists for a campground in the park, check out Rush Creek Lodge, a new hotel on the east end of the park. Go to their poolside barbecue for dinner, which is the best value this side of the national park.

Where to eat
If you’re heading into the park, pick up a few sandwiches at Rush Creek’s general store. For dinner, we found a respectable Mexican dinner at Cocina Michoacana in nearby Groveland.Cover your eyes, kids! I think I see two nudes ascending El Capitan!