To begin, the name — Death Valley National Park — doesn’t immediately conjure visions of a lively holiday. And you’ve heard: It’s the lowest, driest, hottest place on earth. All true. But here, in one of the world’s most dramatic desert landscapes — a place of shifting sand dunes, multi-hued rock formations, and hidden canyons — you’ll wake before dawn to watch the rugged mountains turn pink with the sunrise. Then, come nightfall, you’ll marvel at star-filled skies as the desert wind rustles the palms. And you’ll wonder why it took so long to find your way here. 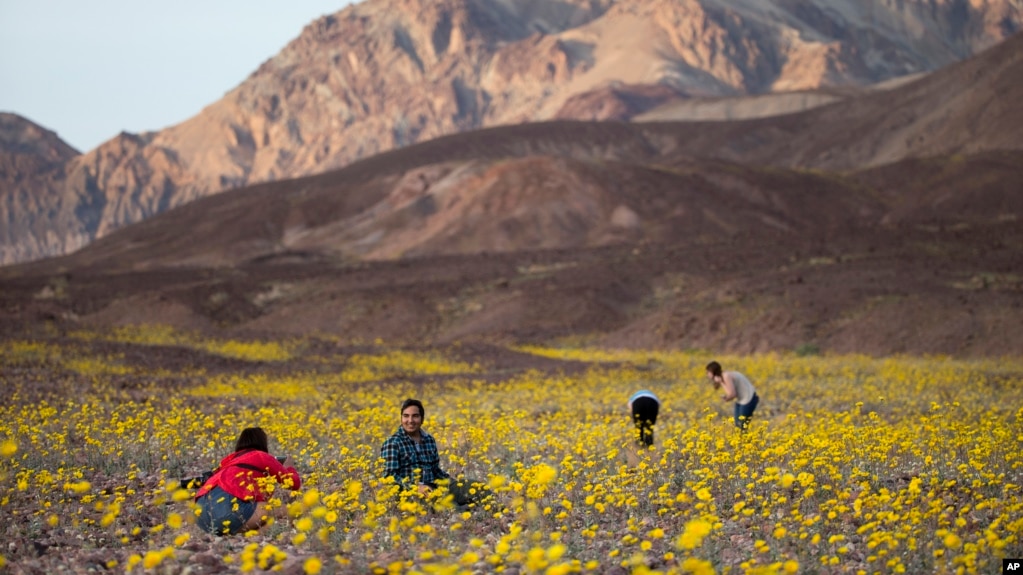 Death Valley has earned its “dry” reputation thanks to an average annual precipitation of fewer than 2 inches. In fact, no rain fell at all in 1929 or 1953.

Yet, Death Valley is full of life. From autumn into spring, the weather is positively heavenly. The occasional winter rainstorm ushers in vast fields of wildflowers. And a remarkable range of creatures, both great and small, have either adapted to summer’s harsh conditions or find refuge in the area’s diverse habitats. Not merely barren desert, the park also encompasses spring-fed natural oases, pinyon-juniper woodlands and even pine forests. With so much to see and do, the intrepid explorer should determine a base camp. Just a stone’s throw from the national park visitor center, The Oasis at Death Valley, comprised of the historic Four Diamond Inn at Death Valley and The Ranch at Death Valley, provides a well-situated solution with unexpected luxury. It’s a true oasis-like setting, with modern accommodations, fine dining and spring-fed pools, a welcome contrast to a day spent exploring salt flats, mud hills and volcanic craters.

Many Death Valley National Park visitors venture to this remote region 120 miles northwest of Las Vegas to marvel at the stark desert beauty and escape into the beautiful silence of the park’s vast expanses. But given that it is the land of stark contrast, why not create your own itinerary with a nod to the exotic landscape?

Mix in a massage under the Oasis’s date palms with a summit of the Mesquite Flats Sand Dunes. And pair a soak in the Inn’s healing waters with a mountain bike ride out Skidoo Road. Follow a jeep tour to a ghost town and enjoy a glass of fine wine, sipped al fresco on the terrace, as the sun sets in the valley below. You get the idea.

Wondering where to begin?

After the 1848 discovery of gold in California, the valley experienced more than a century-long mining boom. Most pioneers set out on a quest for gold and silver but were met with a notable lack of success. The only long-term profitable ore to be found in the region was borax, which was transported out of Death Valley with the famous 20-mule teams.

Today visitors can explore the once bustling towns of Chloride City, Gold Point, Panamint City and Ballarat, among others. Peer into abandoned mines, and step inside the old saloons, post offices and abandoned houses and imagine what life must have been like for these hearty Westerners.

Bring your A-game (and your camera) to the lowest golf course in the world, The Furnace Creek Golf Course at Death Valley, at 214 feet below sea level. The hazards here include coyotes that like to fetch golf balls (you are allowed a free drop) and the perplexing fact that balls don’t travel as far below sea level. Recent renovations on Death Valley’s 18-hole, par-70 course addressed water conservation and transitioned 15 acres of maintained turf to desert with low-water-use native plantings. But the improvements didn’t make the course any easier. So, should the top-rated links humble you, look forward to the smile-inducing, 19th-hole grill and bar, complete with a drive-through for golf carts.

Remarkably, more than 400 animal species are native to the park, including dozens of reptiles, 51 different mammals and even six kinds of fish. You never know what you’ll see, so keep your eyes open for roadrunners zooming across the highway and coyotes feeding on fallen fruit in the date palm groves of the Inn at Death Valley.

Most of the park’s animals are nocturnal, so venturing out at dawn or near sunset when animals are active is your best bet. The park’s scattered water sources, including Darwin Falls, draw a wide range of animals. Carry a small pair of wide-angle binoculars. When possible, choose a spot that offers a wide view and stay put.

Back at the Inn, built on the grounds of a natural spring in 1927, a million gallons of fresh glacial water flow out of the ground daily. The naturally heated Travertine Springwater, a comfortable 84 degrees year-round, fills swimming pools at the resort and at the nearby Ranch at Furnace Creek. Because the water is continually replaced with fresh spring water, there’s no need to chemically treat the pools.

Rent a Jeep, load up, and learn about the local geological and mining history as you wind through Titus Canyon, a 27-mile-long gorge through the Grapevine Mountains. Expect door scraping narrows when you encounter rock walls — hundreds of feet tall and only 20 feet apart — before rising via ribbon-like switchbacks. Along the way you’ll see American Indian rock art and learn about the early miners, lured to the region by the prospect of riches.

Strap on Your Hiking Boots

Stop by the National Park Service visitors center to learn about hikes within the park, for any fitness level. We love the colorful Mosaic Canyon and Badwater Basin salt flats, the lowest place in North America. Other options include an easy (albeit sandy and rocky), 1-mile round-trip up a canyon to Natural Bridge, the largest of the park’s natural bridges. Consider a hike along the rim of a volcanic crater just over an hour northwest of your base camp. Six hundred feet deep and a half-mile across, Ubehebe Crater looks like something you might find on the moon. It formed around 2,100 years ago as magma flowing upward from deep within the earth met pockets of groundwater, setting off a powerful volcanic steam eruption.

Be sure to practice safe hiking (bring plenty of water) in this rugged terrain. Ranger-led hikes, such as the 7-mile Death Valley Paleontology Tour that leads to Pleistocene-era fossils, are also available in season.

With hundreds of miles of both paved and dirt roads, road and mountain biking are popular within Death Valley National Park during the winter months. Visitors can bring their own or rent mountain bikes at the Inn or the Ranch. Either way, resort staff members can suggest tried-and-true scenic rides and safety tips.

Marvel at the Amazing Night Sky

With its desert-clear air and miles-from-anywhere location, the expansive night sky at Death Valley is ablaze with stars. Because it has some of the darkest night skies in the country, it is designated a Gold Tier International Dark Sky Park, the highest level awarded. Don’t miss the ranger-led astronomy tours offered throughout winter.

It’s been said that Death Valley National Park is like a different planet. Apparently, George Lucas agreed. Rather than attempt to create a galaxy far, far away, he chose to film both “Star Wars Episode IV: A New Hope” and “Star Wars Episode VI: Return of the Jedi” in the national park.

Explore the otherworldly terrain that helped to inspire these classic films when you head to the Mesquite Flat Sand Dunes, Desolation Canyon, Golden Canyon, Dante’s View and Artist’s Palette to stand where Luke Skywalker contemplated the Force in 1977.

Wonder at the Wildflowers

The wildflower bloom demonstrates the life that springs forth from late fall and winter rains in this 3.3 million-acre park. Each year’s display varies with the intensity of the bloom and the timing of the flowers’ appearance.

But it is not uncommon to see Desert Gold and Brown Eyed Evening Primrose or Notched Leaf Phacelia appear in mid-January or earlier. The full impact of the revitalization becomes most apparent between February and March but sometimes continues until June at higher elevations.

Change doesn’t come quickly in Death Valley National Park. Geological time remains the standard, human impacts are minimal, and the landscape is seemingly eternal. The coyotes continue to howl on the flats, yet a resounding silence prevails.

Once nourished by the vast, unexpected beauty and the startling contrasts, the change within will be yours to define.