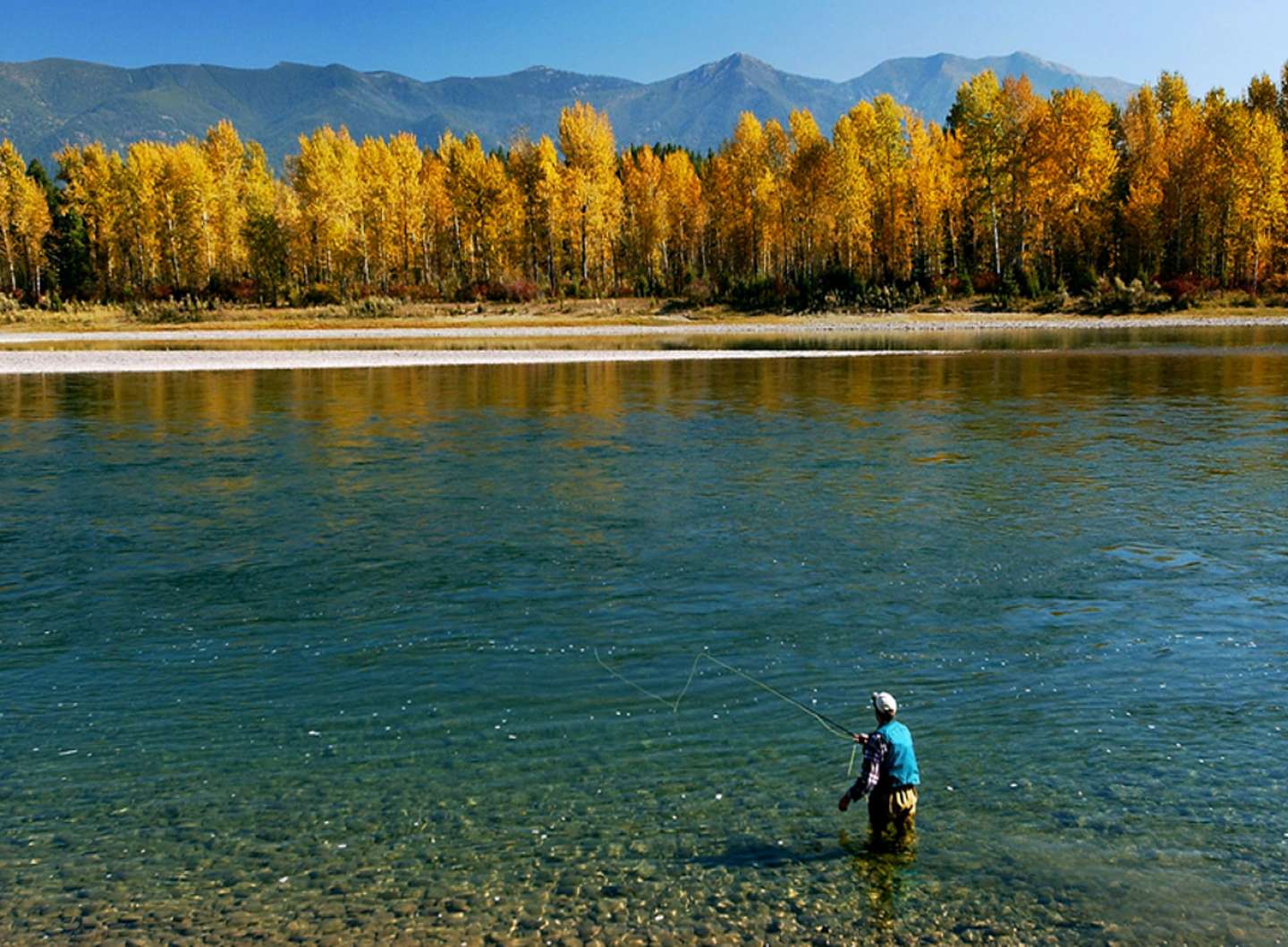 An Eddy In TIme

Fly rod in hand, I eased into the warm waters of the storied Madison River. My son, Ben, was just steps behind me, eager to wet his line. Despite my felt-bottomed shoes, I faltered slightly, slipping off the rounded, moss-covered rocks below my feet.

Steadied by his strength, together we pushed forward, bolstered against the rippling current.

At 6'3", my oldest son towers over me now. This should come as no surprise. Mothers with children older than mine had long presaged it would happen like this; a fast-forward blur of growth spurts, sporting events, back-to-school nights and prom dates.

But, really, wasn't it just yesterday that I took his small hand in mine and walked him into pre-school? And just last week that I steadied him on skis as he slipped down a snowy pathway during a family ski holiday?

And now, some 20 years later, he is holding me upright as we wade into these braided waters under the wide Montana sky.

This was more than a casual weekend. He had called to suggest we meet for a few days of mother-son fly-fishing, an interest we have shared since his boyhood. Our destination would be the mountains and rivers of Big Sky country, a landscape we both love. After, we would both head to Northern Idaho for the big event. In just seven days, he would wait at the end of yet another pathway, to catch that first glimpse of his beautiful bride.

Throughout the weekend, we fished favorite streams and crossed canyons via zip line, joking about the next "big leap" he would soon take. We walked through the woods with his two Golden Retrievers, Bridger and Jackson, and reminisced about our family life. We both ordered curried chicken for lunch and lamented our mutual metabolism that required us to leave the banana bread at the counter. Particularly now, the weekend before the wedding.

I wondered if there wasn't something important, meaningful I should say. Some kind of pre-nuptial, motherly advice I could offer. But it wasn't required.

Someone asked if I felt that sense of loss some women suffer; a heart-splitting notion that marriage somehow meant losing your son to another woman. For us, there is none of that. I know that I will always be his mom and she will always be his girl.

Each evening we retreated to our room at the Big Sky Lodge, curled up with the dogs, reviewed the days' events and planned for the next. We shared our individual enthusiasm for the upcoming wedding festivities. I smiled with deep pleasure when he spoke with confidence of his decision to marry Lyndsay and how special and strong he believed their relationship to be. There was no hesitation. Only eager anticipation.

From time to time, I would catch glimpses of a much younger Ben. A familiar, silly grin. A childlike glance in a moment of indecision. But mostly, I saw a sure-footed man, eager to embark on this next chapter of his life.

On our last afternoon, we made one more stop along the Gallatin, hoping to improve our luck. While we both knew this weekend wasn't just about the fish, a little more action would have been welcome. Once again, Ben provided a steady hand as we waded into the water. As the sun dropped behind the cliff and soft evening light prevailed, we took turns casting, attempting to lure the wily trout from its safe hideout.

At one point, my line became hopelessly entangled. Without hesitation or frustration Ben quietly took my rod and said, "Not to worry. I can help." It's what I might have whispered two decades ago when he fell off the jungle gym or scraped his knee in a roller blade spill. But now, somehow it seemed just right that he would be the problem solver, the one to take the lead.

As the weekend came to a close, he said, "Mom, your baby boy is getting married. Can you believe it? "

What I believe is that time mysteriously evaporates and in the blink of an eye, that once mischievous toddler strides back into the room as a confident, young man. A man insightful and caring enough to create this eddy in time, in the scant hours before dozens of friends, family and a long list of last-minute details, would vie for his attention.

Knowing he has become this measure of a man provides soul-satisfying comfort. I am certain he will be a fine husband and father, locking arms with his wife through rough waters and calm seas. He'll be present when their child takes that first shaky step, hesitates on the first day of school or ties the first fly.

And with this knowing, I will shed tears of pride and joy as he reaches for the hand of his lovely bride, closes his own around hers, and before family and friends, promises to love her and hold her steady.