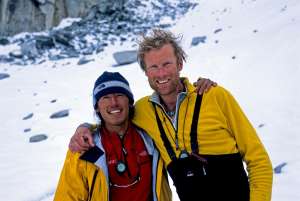 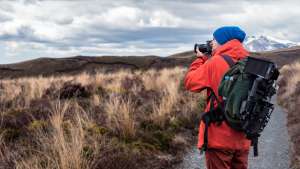 Award-winning photographer and FamilyTravel.com contributor Chase Guttman, enjoys traveling with his family and capturing special memories with his camera. Here, he shares tips that may inspire the budding shutterbugs in your clan.

“Veer off the beaten path. Take the road less traveled,” advises Guttman, who has visited dozens of countries and 45 US states. “Try to compose images that portray the essence of the culture you're experiencing. By thinking outside the box, you can put a fresh spin on a frequently photographed subject or destination. Don't be afraid to stretch out of your comfort zone and experiment.”

“When you create a feeling of intimacy and connection with your subject, you’ll capture stunning portraits,” advises the New York City native. “Every face tells a unique story. Wrinkles map out a life of hardship and piercing eyes offer a peak into a person’s emotional state. In essence, portraiture allows you to unveil your subject's world for all to see.”

"Zero in on essential details that will tell a larger story about the people or destination you're capturing. Be aware that what you leave out of the frame can be as important as what you include,” advises Guttman. "With focus, you can effectively squeeze an exciting visual experience within the rectangular shaped frame.”

4. Head towards the action.

As illustrated in many of his favorite images, Guttman explains that “By diving into the middle of the action you’ll capture an array of energy and emotion. Local markets, sporting events, and festivals offer unique insights into people’s daily lives."

“No matter what camera you have in hand," he adds, "you can paint dynamic and visually arresting action shots by clicking the shutter while moving your body at the same pace as the moving object you're trying to capture.”

“It helps to be in the right place at the right time,” advises Guttman. “Early morning conditions offer unique advantages for photographers. Wildlife is more likely to be active and visible. A tranquil atmosphere makes water reflections more pristine, and you'll have a better chance to capture dawn’s magical mist and dew. Also, early morning and evening lighting provide the best opportunities to create stupendous landscape and cityscape shots.

Chase Guttman has a long list of awards associated with his work including Young Travel Photographer of the Year, a Grand Prize in National Geographic’s International Photography Contest for Kids, and an Emerging Photographic Talent by the Young Photographer’s Alliance. to name a few  His work has been exhibited at the Royal Geographical Society in London and he was included as a Top Ten Travel Photographer in the New York Institute of Photography's latest book. Check out Chase's amazing work and his book on Drone photography! at ChaseGuttman.com 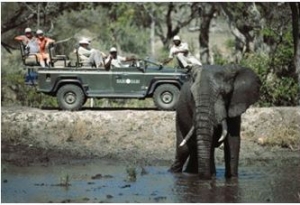 Here are ten tips and tricks to help you bring home the visual memories:

KNOW YOUR CAMERA- On safari, you will get up close and personal with wildlife, but, to make each shot count, a good quality digital camera will be necessary. A 35 mm SLR (single lens reflex) as opposed to a compact camera with automatic controls is ideal. If you have a compact camera, there is a slight delay between pushing the trigger and the shot being captured, whereas a SLR is instant

TO LENS OR NOT TO LENS? – You’ll get extremely close to wildlife so it is not necessary to have huge lenses. If you choose to use a lens, a good all-purpose zoom lens with an F stop of F4 through F2.8 is best to keep your image shar

FANCY FLASH WORK – Each tracker will have a spotlight in your safari vehicle which you can use as your light source - it often creates a lovely effect. A third of the evening safari is near total darkness. A good flash or speed light will help highlight your photos. Most game reserves ask for flashes not to be used when the big cats are actively hunting (at Sabi Sabi Private Game Reserve there is no problem with the use of flash during safari).

MEMORY – Bring a memory card with you! Many lodges in South Africa do not offer memory cards in their gift shop and have no computers to download the images off their camera to free up space. The more pictures you shoot the more chances you have of getting that prize shot. Eight gigs of memory will be more than enough for your safari.  Sabi Sabi offers memory cards as well a business facility for guests to upload images to a remote site.
KEEP A LID ON IT – The African bush is a dusty place so it would be a good idea to keep your camera in a sealable bag when you are not taking pictures on safari. Also try not to change lenses while out on safari. This will help prevent the digital sensor on your camera from being contaminated by dust particles.

LOCATION, LOCATION, LOCATION – On each Land Rover there are three rows of seats, with each row a little higher than the one before. Opt to sit in the front row or even in the seat next to the ranger. You want to be as low to the ground as possible for a steady shot. The higher you are the less stable you are.

PRINCIPLE OF THIRDS – Portrait shots with animals filling the screen are great but having an animal surrounded by its natural environment is sometimes even better. For example, try placing the animal in the bottom corner of the image. The idea is to put your subject in one third of the frame. Try it – you will be amazed at the results.

EYE OF THE TIGER..uh…LION – Most new cameras allow you to move your focus sensor square manually on the frame. Do this and make sure that you place the sensor on the eye of the animal where possible. A sharp eye always gives the image a much sharper look.

SHOOT IN RAW – For those a little more advanced and adventurous, shoot photos in RAW. It may take up a lot of memory, but it allows you to have flexibility when it comes to processing the shot (printing and editing purposes).

Tips provided by Rod Wyndham, Sabi Sabi Private Game Reserve’s Group Operations Director, is an avid wildlife photographer. Recently, he was sponsored by Nikon South Africa and is very involved in assisting amateur and professional photographers from all over the world when they travel to Sabi Sabi.