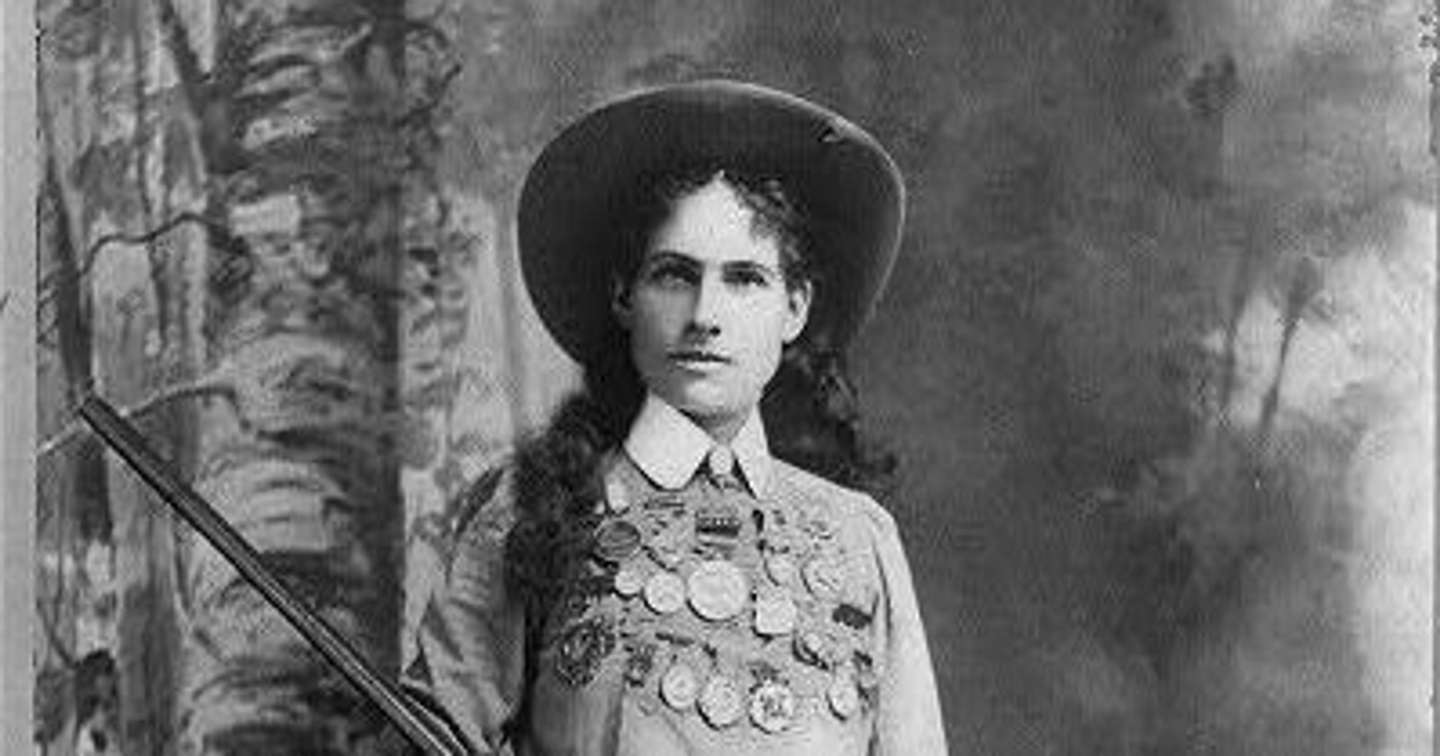 The National Cowgirl Museum and Hall of Fame has acquired and added sharpshooter Annie Oakley’s needlework belt to its permanent collection. The belt is on display in the Hitting the Mark: Cowgirls and Wild West Shows exhibition, which illuminates the many female performers who contributed to these spectacularly popular outdoor events.

The belt was created during her third European tour in 1891. Oakley would often do needlework in her tent between performances. This belt has the tour year, “1891,” and her initials “AO,” on opposite ends of the belt. It measures roughly 22 inches in length, which would be equivalent to a size 1 or 2 today.

“We have a few artifacts from Oakley that are singular in their ability to tie the public Annie Oakley to the private Annie Butler,” said Dr. Diana Vela, associate executive director. “This belt is one of the objects that she worked on in her private time while she was on tour.” Annie Oakley is a Hall of Fame Honoree, and in addition to the belt, the Museum has other Oakley objects on display.

Oakley, born on August 13, 1860, has been featured through the years in books, plays and television series and has continued to be a popular figure in American culture. Oakley shares commonalities with other Museum Honorees, most notably, retired United States Supreme Court Justice Sandra Day O’Connor.

“Both Oakley and O’Connor broke barriers by being in traditional male-only fields, both were skilled horsewomen and both were mindful of the optics of being female in a customary male role, and as such, made conscious choices in attire,” said Dr. Diana Vela. “Most importantly, both were not afraid to take on entities much larger than themselves.”

Visit the National Cowgirl Museum and Hall of Fame’s Hitting the Mark: Cowgirls and Wild West Shows exhibition to view Annie Oakley artifacts and holograms that explore the different stages of her public life.

Visit the Museum and Hall of Fame

The National Cowgirl Museum and Hall of Fame honors and celebrates women, past and present, whose lives exemplify the courage, resilience and independence that helped shape the American West. Established in 1975, the Museum is considered an important national educational resource for its exhibits, research library, rare photograph collection and award-winning distance-learning programs for grades K-12 and adults.

The Hall of Fame’s purpose is to preserve history, foster an appreciation for their ideals and spirit of self-reliance. In 2019, the Museum opened the Kit Moncrief Galleries and It’s Never Just a HorseTM exhibition.