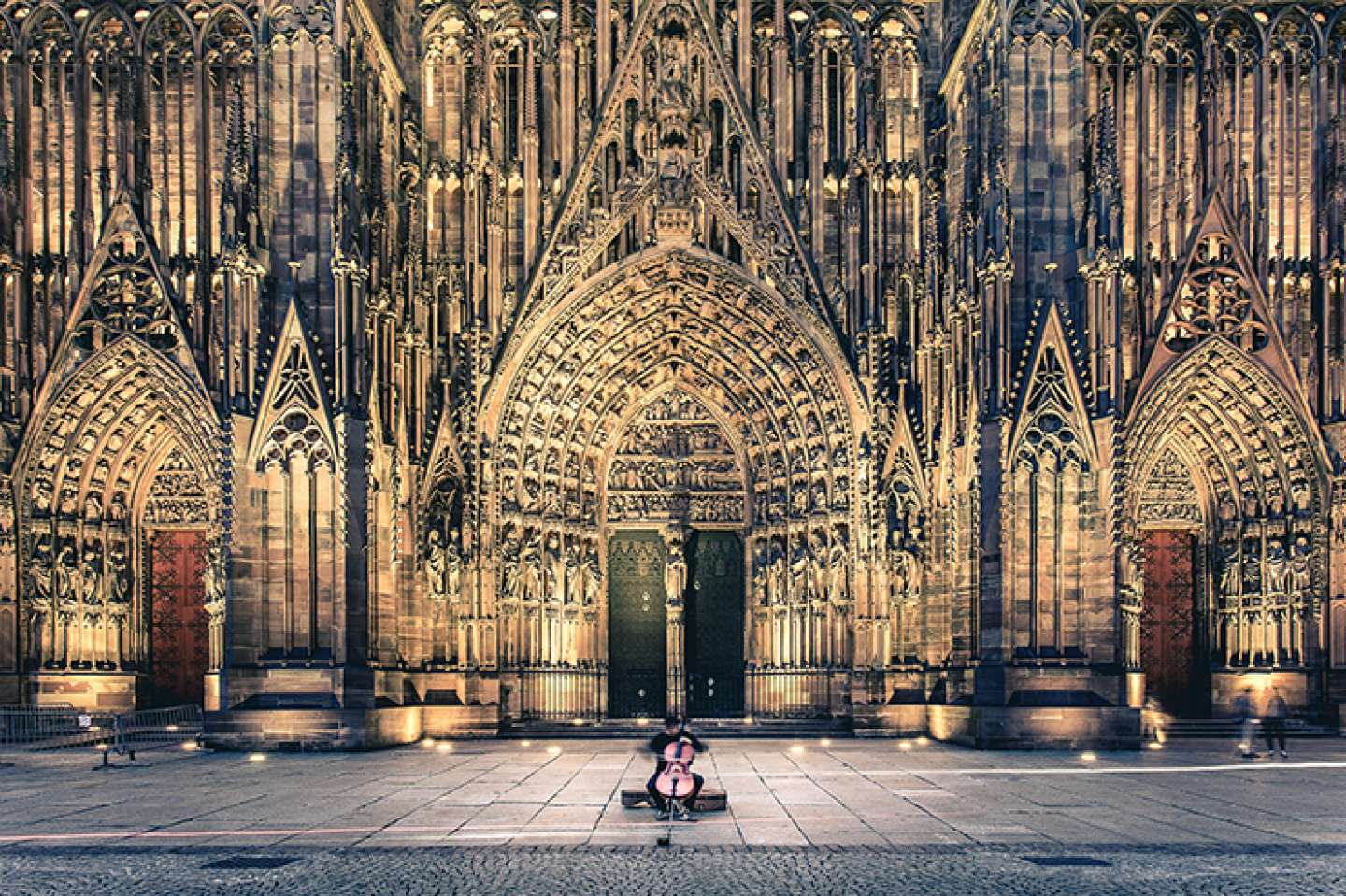 The United Nations Educational, Scientific and Cultural Organization (UNESCO) protects and preserves significant and inspirational places around the world.  Locations carrying the important designation of World Heritage site, provide an impressive history lesson as well as a virtual tour of many of the world’s most meaningful places.

Here are six you and your family won't want to miss:

The French city’s old town is an island – the Grande Ile – circled by canals and the River Ill. Families can get a unique view of this historic enclave by paddling a canoe through the canals, including the chance to maneuver through a lock with the help of a trusted guide from Adventures by Disney and AmaWaterways. You can’t miss the city’s Gothic cathedral which rises high above Strasbourg and was said to be the world’s tallest building until 1874. Climb 320 steps to a viewing platform for a bird’s eye view. And be sure to spend time inside the cathedral, taking note of the historic stained glass windows that survived many war-torn years. Also of interest is the world’s largest astronomical clock. Considered a Renaissance masterpiece, it was assembled by a team of artists, mathematicians, and technicians,  and also shows signs of the zodiac, equinoxes, and leap years.

Family members who have seen the Tomb Raider films will particularly enjoy exploring the Angkor Archeological Park, unfolding deep within the Siem Reap province.  While hundreds of archeological and artistic temples and ancient structures remain, the most familiar (it’s on the Cambodian flag) is Angkor Wat. Built in the 12thcentury to honor Vishnu, a Hindu God, the temple's bas relief galleries inform modern visitors of life in ancient times.  Also of note is the remarkable water system, including moats, canals and reservoirs, that once provided water and crop assistance for the thriving communities. Visitors arrive via river cruises on the Mekong or a stop in Siem Riep where lodging and tours are plentiful. Contact: VikingCruises.com; TourismCambodia.com.

Nirvana for artists, photographers and foodies, the picturesque coastal area offers a sensual mix of cultural, natural and historic wonders. While the small communities were once only accessible by mule, modern day train travel makes it easy to visit the enchanting towns that spill toward the sea from their steep and craggy origins. During the warmer months, sail boats dot the watery landscape and boat taxis provide additional access. Contact: RailEurope.com; AmalfiCoast.com.

This iconic structure, comprised of interlocking concrete shells, anchors one of the world’s most famous harbors. Visually stimulating and home to a menu of family-friendly performances and programs, the architectural trendsetter debuted in 1973. Whether you take in a walking tour and observe the opera house glinting in the sunlight or aglow after nightfall, you’ll appreciate its artistic vibe and global significance. Contact:  SydneyOperaHouse.com.

Make your way to this extraordinary archeological site just as the Incas did. Choose from two or four day treks along the Inca Trail that culminate in stunning views of the “lost city” where palaces, terraces, walls and plazas cling to the mountainside. It was not until 1911, that a Peruvian guide led Yale Professor Hiram Bingham to the ancient site on the eastern slopes of the Andes. Mysteries remain as to how the Incas were able to construct the complex more than 500 years ago and why it was abandoned not long after. Train trips are also available from Cusco. Contact: www.AustinAdventures.com; www.FamilyAdventures.com.

Continuously inhabited for more than 1000 years, this remarkable community remains a pristine example of Native American culture, tradition and architecture. UNESCO makes note of the Pueblo Indians’ ability to retain meaningful and long held traditions despite pressure from the outside world.  Close to 1900 Pueblo Indians still live, full or part time within the community, in homes made of adobe bricks, vigas and latillas. Take a walking tour of the area and uncover a rich history, view native arts and crafts and observe a way of life rarely glimpsed in our otherwise high-tech world. Contact: (505 )758-1028; www.TaosPueblo.com; http://www.nps.gov/history/worldheritage/taos.htm

More in this category: « Cultural Celebrations As Your Travel Cornerstone Kind Travel: Showcase an Attitude of Gratitude »
back to top