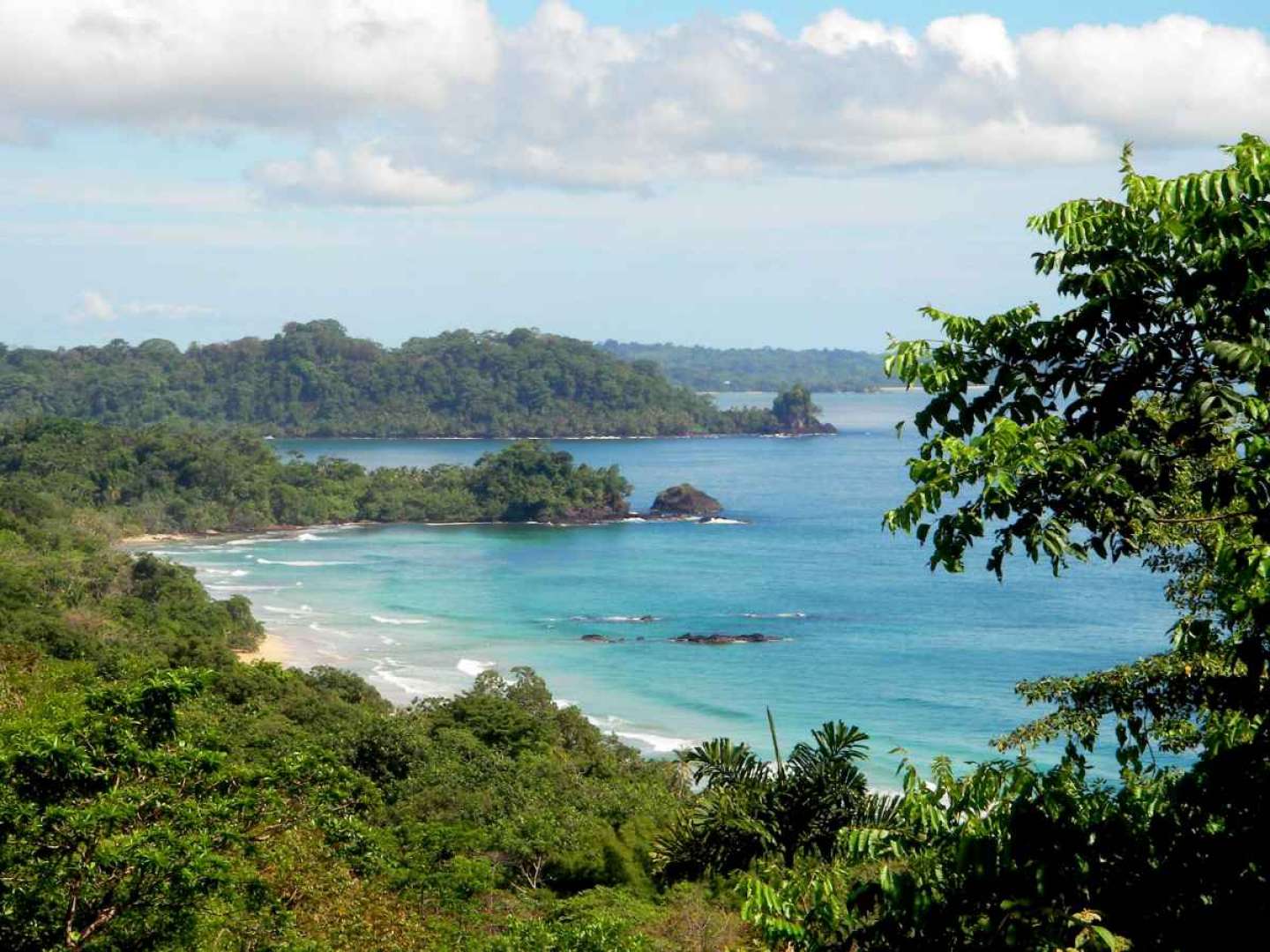 When most people think of Panama, they immediately think of the engineering marvel that is the Panama Canal. Much of modern history of this Central American nation is dominated by the narrow waterway that slices through the country, a thin gash of concrete locks and one, long, constantly dredged lake cutting through the center.

But what many don’t realize is that, just like its northern neighbor, Costa Rica, the country is teeming with lush rainforests and abundant wildlife. The juxtaposition of these two features – the natural beauty and the industrial marvel  – make Panama a truly engaging destination for families.

Our itinerary was well situated for children, as we didn’t move around too much and spent a few nights each in Panama City, Bocas del Toro, and then Colon. With kids in tow, we prefer this measured pace versus the aggressive ‘go-go-go’ itinerary that keeps you moving from different hotel to different hotel every night. Or the opposite, where you passively stay put in one location for an entire trip.

Once in Panama City, with a backdrop of international ships passing by our hotel room window, we enjoyed a rigorous morning of stand up paddle boarding, followed by an ample seafood lunch, then a leisurely exploration of the amazingly vibrant, Frank Gehry-designed Biodiversity Museum.

Day two saw us headed up the Gatun River in a dugout canoe, taking in the passing flora and fauna en route to a village of native Embera peoples. There, we enjoyed a traditional lunch, shopped their handicrafts, and watched shamanic and celebratory dances. The natives wore their traditional clothes, including intricate bikini-like tops for the women that were made of valuable coins. (In a nod to the significant U.S. influence here, many coins used by the younger women were American nickels and quarters.)

Then we were quickly back in the modern traffic of Panama City, whisking our way through the urban scene to the local airport for a short flight to the Atlantic-facing village of Boca del Toro. The quaint coastal community is made up of dozens of islands (thus much of the local transportation is via boat) and is a haven for surfers and ex-pats.

Our adventures launched (literally) from the dock of our rustic inn, were the buffet line and dining area were literally a few feet away from were we boarded our daily water taxi. We experienced a hands-on chocolate making exhibit and impromptu school visit in the Bahia Honda preserve, saw stunning wildlife during a walk along the Caiman Trail in Bastimentos National Park, and romped with our squealing daughters in the pounding surf of Red Frog Beach. Lunch was served at the quaint platform restaurant Restaurante Alfonso, situated on stilts above a crystal blue bay populated by red starfish.

While our first day in Bocas was chock full of activity, day two was a nice break as we alternated between lazing on the pristine shores of Starfish Bay, or snorkeling its crystalline waters. That evening was topped off by a walk through Bocas town, were we dined at the excellent Bocart Restaurant. While American-owned and influenced, it was, frankly, a nice change of pace from the constant fish and plantain-dominated local fare.

A quick flight the next day brought us to Colon, where we dove into the Canal’s history and operations. We first explored the Miraflores Locks Visitor Center (one warning: this center is the most visited attraction in the nation and can be overwhelmingly crowded), then the Gatun Locks Visitor Center (which is much less crowded and often preferred by the locals), and lastly the stunning new Panama Canal Expansion Observation Center (the least crowded of the three), which overlooks the new, wider locks that will double the Canal’s shipping capacity.

Since the U.S. so influenced and dominated the nation for decades, the remains of American military bases are common. Our hotel in Colon was the beautiful Melia Panama Canal, which was not only situated within the remains of the former U.S. Army post Fort Gulick but was the actual building for the School of the Americas, often called the ‘School of the Assassins’ by its former detractors.

Adventures from the Melia hotel included wildlife-spotting boat rides along the Canal’s shipping routes on Gatun Lake (imagine spotting wild monkeys on one side, as massive cargo ships pass on the other), zip-lining at a nearby adventure park (certainly a trip highlight for our daughters), a kid-friendly photo scavenger hunt at the Spanish-built Fort San Lorenzo Castle, and, of course, plenty of pool time fun at the hotel itself, often in the cool of night after a buffet dinner.

After one final, leisurely night in Panama City, we thanked our excellent guide and boarded our flight home, much satisfied with a wealth of new information about and experiences from this surprising destination.

GETTING THERE: We connected through Atlanta on Delta, and then flew from there direct to Panama City.

WHERE TO STAY: In Panama City, we stayed at the Country Inn & Suites Amador, which has great poolside service for parents to relax as kids enjoy pool time, all with Canal shipping in the background.  In Bocas del Toro, we stayed at the rustic Bocas Inn which is fantastically located, the front door opening onto the main strip of Bocas Town and the back open to the ocean – which made water taxi pick up a snap. (One warning though: this lodge may be a little too rustic for some families and could probably use a little remodel at this point.) In Colon, the historic Melia Panama Canal was our home and base for all our adventures.

GUIDES: Our itinerary was planned and provided by Journeys International and facilitated locally by Ancon Expeditions.

About the Author: Chris ‘Chez’ Chesak is Executive Director for the Family Travel Association, an industry collective that works to inspire families to travel more. Prior to the FTA, he spent nine years working at an international adventure travel association. He often travels more than 100 days a year - but never enough with his family.

Published in Go Global
back to top