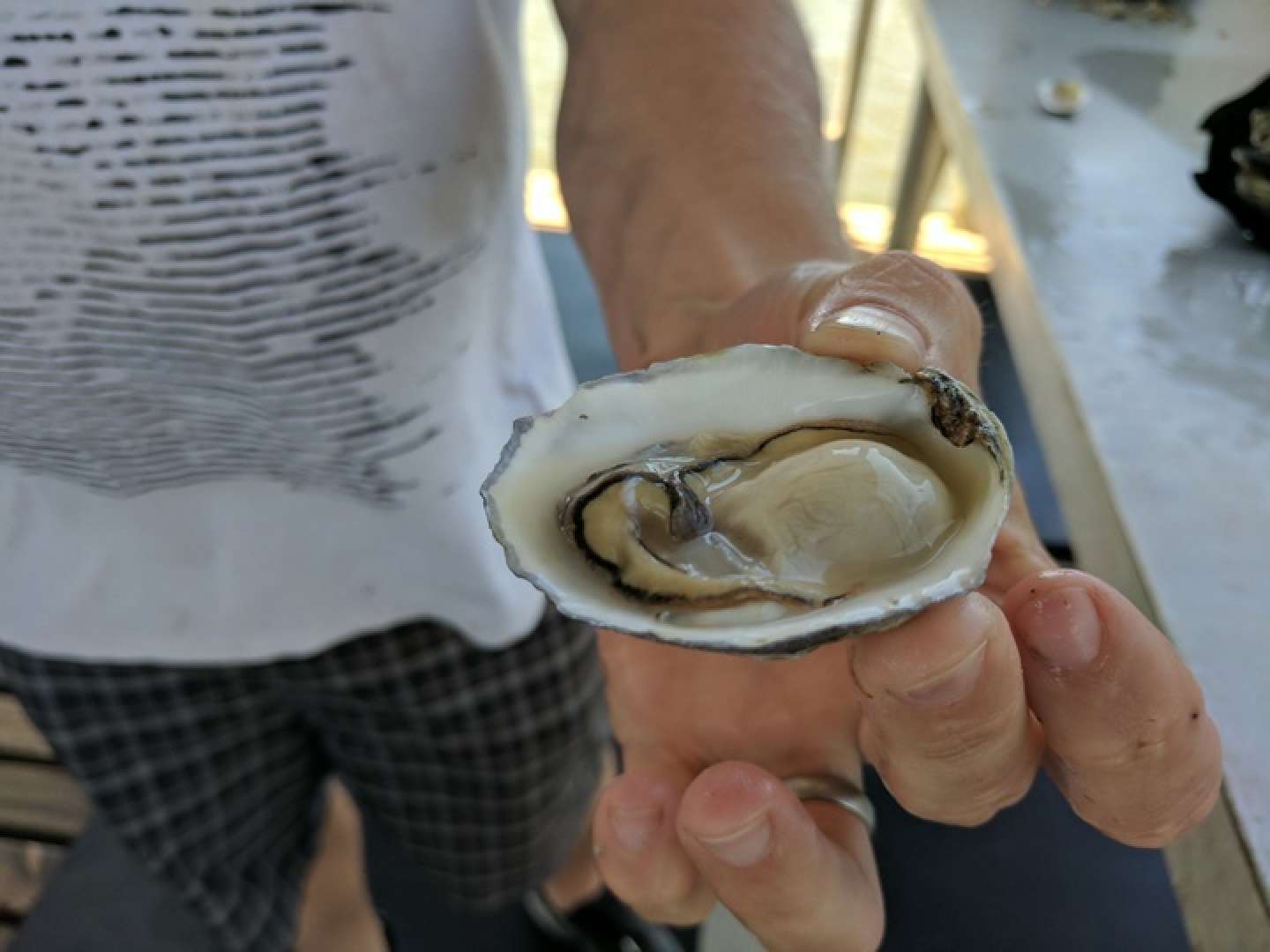 Can't Believe I Ate That! The Taste of Alabama's Gulf Coast

The trouble with eating raw oysters isn’t the taste (it’s delicious) or knowing where it’s been (filtering water on the bottom of the bay) but that it’s alive.

“If you open it right, you can still see the heart beating,” says oyster farmer Lane Zirlott, who co-owns the perhaps appropriately named Murder Point Oysters in Bayou La Batre, Ala.

Zirlott pries open a fresh oyster, recently scooped out of Portersville Bay, and shows my kids the soft, white flesh, pointing to the veins and other organs of the still-living mollusk.

Then he eats it.

On Alabama’s Gulf Coast, you’ll have a lot of “I-can’t-believe-I-ate-that” moments, from Zirlott’s murderously tasty oysters to the farm-to-table restaurants that serve bycatch fish, the alternate seafood that helps stocks stay sustainable.

(OK, I can’t believe I just used the words “farm-to-table” and “sustainable” in the same sentence. Forgive me!)

Murder Point is part of a fledgling movement, just now springing up on this state’s shores, to nurture more environmentally viable food sources. Oysters used to be abundant in the estuaries that flowed into the Gulf of Mexico, but over the decades, development and pollution decimated the colonies. 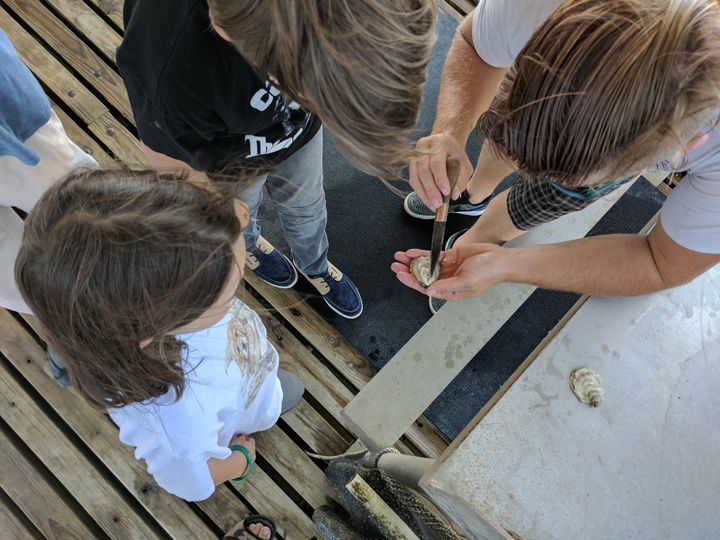 In these shallow waters, they use the longline method — PVC pipes spaced at equal distances on a premeasured length of wire — to raise the oysters. The line is submerged off a dock, anchored on hard bottoms, and hung on a rack. Looks a little like a maze in shallow water.

This is one of several new farms that have sprung up in the last few years. Zirlott, whose family owns a 2 ½-acre farm capable of of growing 1.4 million oysters says the mollusks raised in these waters have a unique taste: sweet, buttery meat with a subtle, briny aftertaste.

I admit, I was reluctant to try a live oyster, but then, I’d do anything for a good story. I grabbed a live mussel and sucked it down. No discernable movement in my mouth. I channeled my inner Andrew Zimmern and swallowed quickly.

Zirlott is right. I’ve had oysters before, but never like this. It’s said that chefs from Charlotte to New Orleans phone him frantically when they run out of Murder Point oysters, begging for more. He can’t keep up with demand, he says.

Oyster farming is more than a novelty for his family. They’re fifth-generation shrimpers and were looking for something new that kept them near the ocean. When his mother, Rosa Zirlott, took an aquaculture class at Auburn University, something clicked. They could be close to the water, doing what they loved, without spending weeks at sea. That’s when they decided to try oyster farming.

But that’s not the only unusual item you’ll eat here. A short drive and a ferry ride away on the more touristy Orange Beach, you’ll find an unusual experience at Voyagers, a fine dining restaurant overlooking the Gulf. The restaurant’s executive chef, Brody Olive, participates in a program called NUISANCE Group, which served “trash” fish.

I know what you’re thinking. No, a “trash” fish isn’t something they plucked out of the dumpster. It’s a fish my daddy used to call “not an eatin’ fish” like bonita, pigfish, pinfish, hog snapper, butterfish or the highly invasive lionfish. Only, it turns out they are eatin’ fish. (Sorry, Dad.) 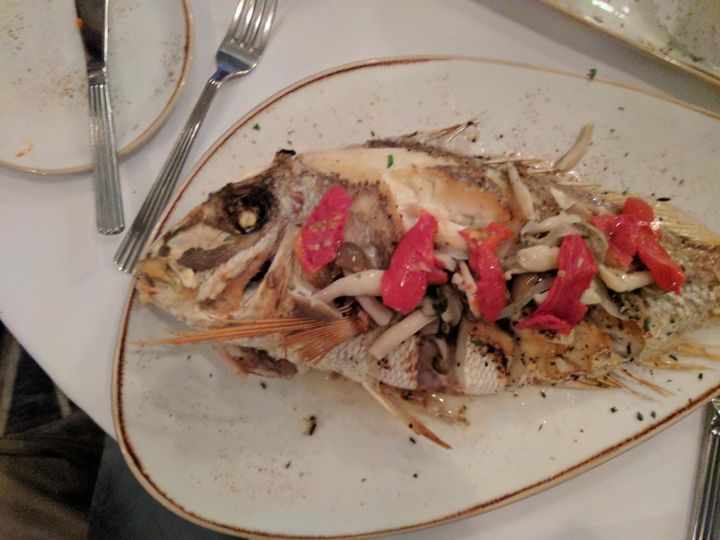 “The bycatch used to get thrown back into the ocean,” explains Olive. “We keep it.”

Focusing on these lesser-known fish, he notes, allows the more popular stocks like Red Snapper to replenish, which is good for the environment. But also, it lets you take a culinary expedition through the ocean to try something a little more unusual.

I ordered one of the more exotic Strawberry Grouper and braced myself, but I shouldn’t have worried. It was excellent (and definitely not alive) and to make things more interesting, they even showed my kids the exact location of where they caught the fish with an iPad and geotagging software.

Why such detail? Well, the NUISANCE Group wants you to know the fish is local and that your seafood came from the Gulf and helped make the world a better place. When’s the last time your dinner did that for you?

Reality check: This part of Alabama is still known for deep fried seafood and oysters imported from Louisiana or Florida. But like a tide slowly moving up the white sands of Orange Beach, change is coming. The next time you visit this area, you might be surprised by what you eat.

Where to stay
For a resort experience amid all the vacation rentals, book a room at Perdido Beach Resort, a pink hotel right on the Gulf. Need more room? Check out Turquoise Place, a luxury beachside condominium by Spectrum Resorts, which offers breathtaking ocean views and more creature comforts than your home.

What to do
You mean, besides the beach? Try a flying lesson from BeachFlight Aviation, which offers a 20-minute powered hang-gliding experience over Orange Beach.

What to eat
Stop by The Gulf, a restaurant made almost entirely of repurposed shipping containers. It serves seafood in a relaxed beachside experience. For barbecue — hey, it’s the South — try Hog Wild BBQ. Warning: Their hot sauce burns real good!

Published in Eat
Tagged under