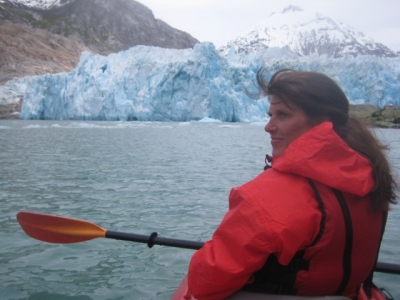 Lynn O'Rourke Hayes is a writer, photographer, and a passionate traveler.  She is the Editor and owner of FamilyTravel.com.

Each week, she writes a syndicated travel column that appears in the likes of the Dallas Morning News, Chicago Tribune, LA Times, Newsday and many more.  She also contributes to other print, online and broadcast outlets.  She believes travel has the power to change lives and to serve as a pathway for personal growth and self understanding. She has spent more than 30 years writing and speaking about travel and family issues.

She has worked for two hotel companies and consulted to numerous other organizations within the travel industry. Lynn and a partner organized and accompanied a 24-day, around the world golf trip on the Concorde. A member of the Author’s Guild, she has written a book about balancing work and family ( Macmillan and Ballantine ) and contributed to several others. Her articles and comments have appeared in The New York Times, The Washington Post, USA TODAY, The Huffington Post and The Arizona Republic. She's appeared before the U.S. Congress, on CNN, NBC’s The Today Show and numerous other television and radio programs, as well as before groups large and small. She is also a founding board member of the Family Travel Association.

Her travels have taken her to more than 100 countries on six continents, across deserts, down rivers, over mountains, under the sea, through jungles and to 48 of our 50 states. A graduate of the Walter Cronkite School of Journalism at Arizona State University, she resides in Scottsdale, AZ and Whitefish, Montana.

Looking for help planning your next adventure?