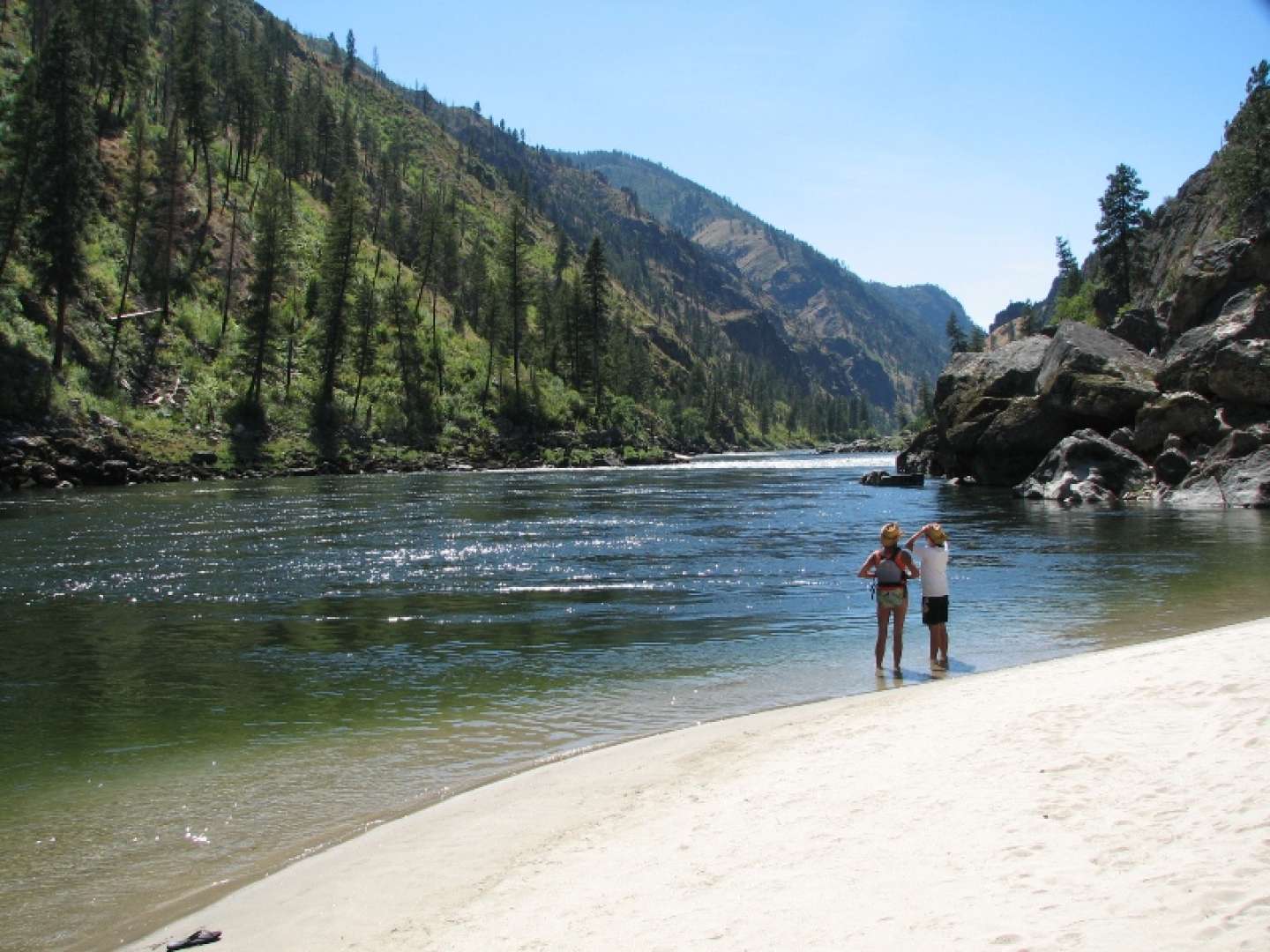 For many families, summer is a time of transition. Family schedules and structures take on new shapes and sizes. When September rolls around, will there be more school supplies to buy? Or will the nest soon be emptying? This year, the warm summer breeze reminds me of an adventure we experienced years ago.

Not far down the sandy bank, I could see my 18-year-old son Alex rhythmically casting his fly into the Salmon River, intent on luring a trout. He was tanned and relaxed. His smile came easily as his angling efforts paid off.

I was looking for some uncomplicated time with my middle son before he went off to college. Perhaps selfishly, I wanted his full attention. Not those moments diluted by phone calls or text messages, the lure of the evening’s social activities or side glances to catch the latest on ESPN. So off to the wilderness we went.

Our backcountry choice was the Salmon River, referred to as the River of No Return by the Lewis and Clark Expedition. What we found in Central Idaho was a river corridor of exceptional beauty meandering through two million acres of wilderness, exciting whitewater, calm river pools, white sand beaches, and traces of American history not likely found in any other river valley in North America.

I was more than willing to share our time on the water with my youngest son Ted, who was about to miss his older brother as much as I would. From Boise, we climbed aboard a plane so small it felt like a bathtub toy. And we seemingly floated into Salmon, Idaho after enjoying up close and exhilarating views of the rugged mountain wilderness near Stanley and Sun Valley.

We were met by our charming host Wayne Johnson, owner of Salmon River Rafting, who would eventually impress us as a jack of all river trades. He informed, organized and otherwise herded us from our Salmon hotel to the water’s edge.

We were in the good company of a father, his son and two grandsons from Michigan, a couple from Minneapolis and our guides Wayne, Steve and Megan. Once afloat, our group of ten was dispersed among two kayaks, a rubber raft and the swift boat that carried our supplies down river.

Some of us were eager for the extra challenge (and exercise) provided by the kayaks. Others were just as content to relax in the boat, enjoying the near perfect weather and the surrounding Frank Church Wilderness. That is until we heard the rumble of rushing water ahead.

From the beginning, our guides carefully coached us to take the white water seriously and keep our feet first and down river should we end up in the drink. And it was a good thing! 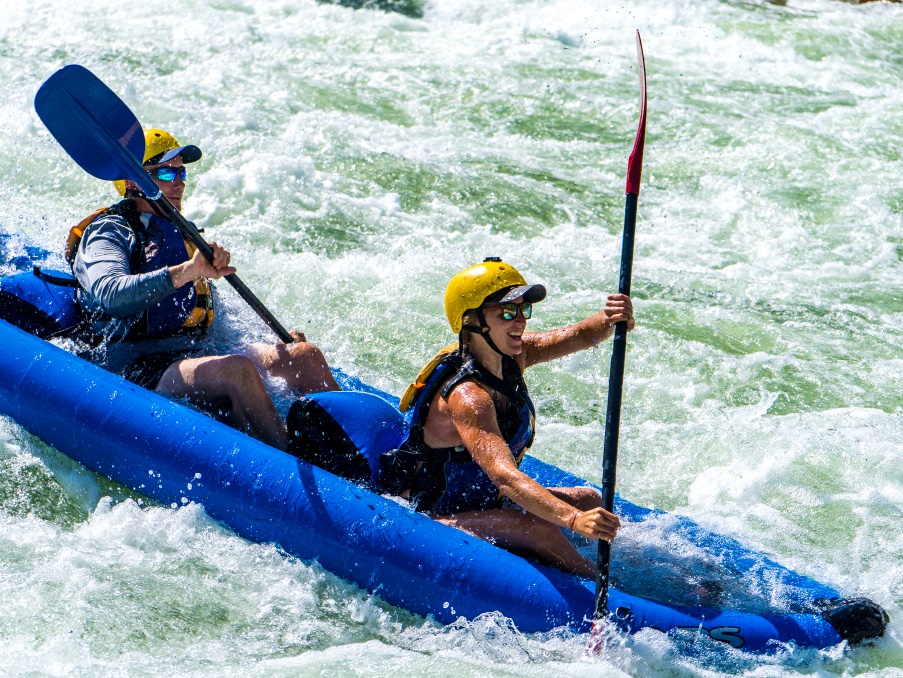 Over the course of five days, rapid after rapid, we screamed, splashed, strategized and steered our way in and around giant boulders, swirling holes, and foamy waves that crashed over our heads.

My kayak partner Mark and I high-fived in pride for having stayed right side up more often than my two muscular teens traveling in tandem.

Evenings were spent enjoying hearty food prepared by Wayne and his capable crew, then stories and poems around the campfire, and the company of our fellow adventurers. The biggest decision of the day was whether to assemble the tent or enjoy a peaceful night under the stars.

Wayne Johnson is a veteran of the river, having spent most of his adult life guiding through this wilderness corridor. His love for the flowing water, the natural surroundings and the significant history provides tremendous added value to the trip. As travelers on the Main Salmon River we found ourselves immersed in an historical gold mine with Wayne as our guide, telling tales of hermits and homesteaders, while leading us past grave markers and abandoned log cabins. We saw Indian pictographs and happily immersed ourselves in hot springs considered medicinal by the early Indian settlers.

On our final afternoon, Alex and I headed up a small creek from our campsite and spent the afternoon gleefully catching the most colorful trout either of us had ever seen. It was one of those magical afternoons, suspended in time, only the wilderness can provide.

View the embedded image gallery online at:
https://www.familytravel.com/adventure/salmon-river-solace.html#sigProId7b77b25e36
back to top