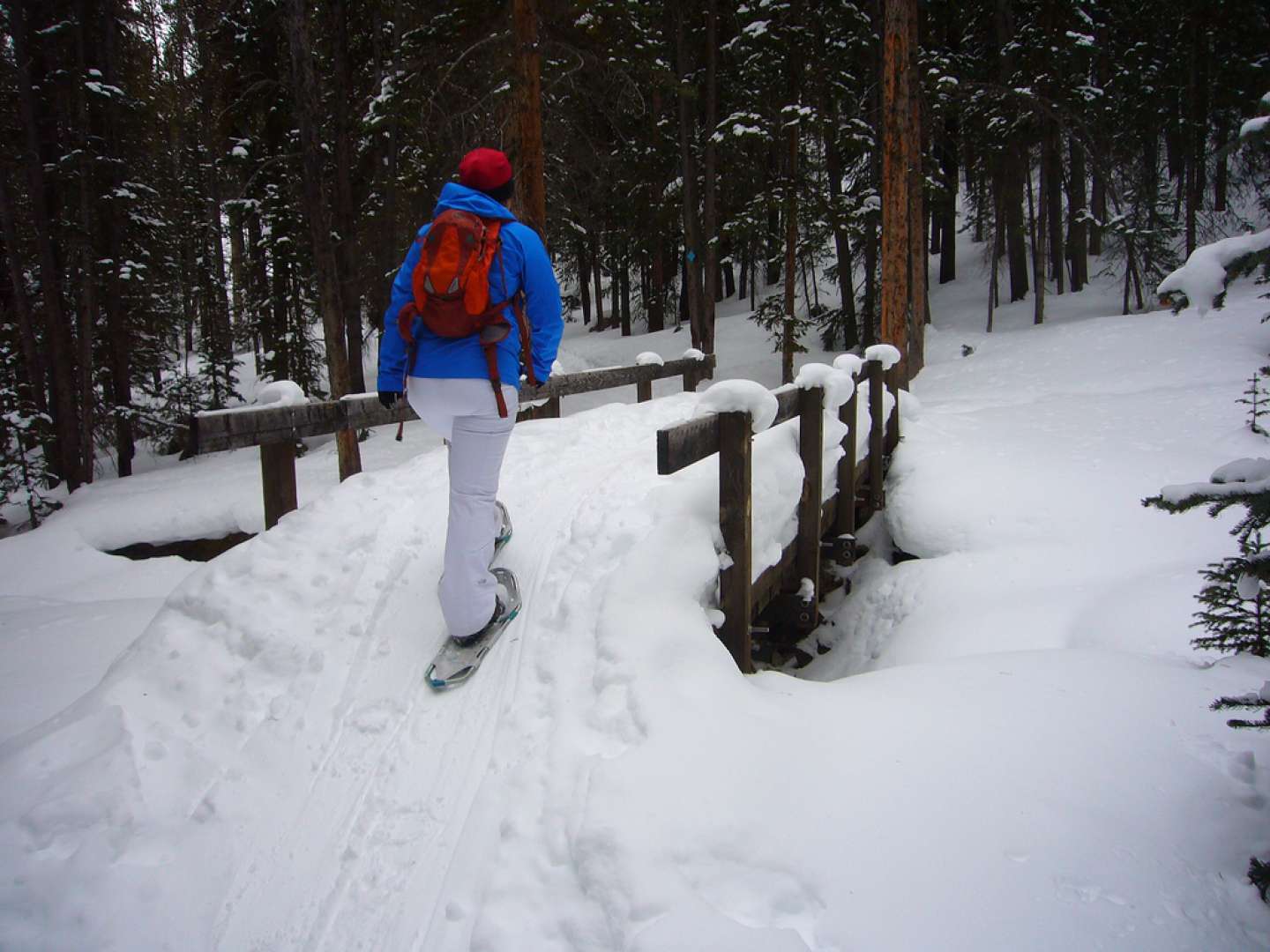 Knowing my interest, my adventuresomepal Diana suggested we make the effort during our one night stay in the Vail Valley. My son son Ted and I were headed to Montana for the summer.

Diana and her husband Matt both work full time but still make it a priority to enjoy all that their Rocky Mountain playground has to offer. We arrived in time to help stow enough gear to last a week – but still necessary for a backcountry overnighter with two young children in tow. Piper, 4, and Duncan, 2, wouldn’t miss the chance to join in this adventure.

We arrived in the parking lot off Interstate 70 for our trek to our overnight home. It has been a near record year for snow fall in the mountain west and we were unsure how much of the white stuff would be on our path. In addition to our 40 pound packs, laden with dinner and breakfast supplies, sleeping bags and warm clothes, we had snow shoes.

Diana popped Duncan on her back, the other adults carried the packs and Matt would pull Piper in a small sled. As we began our late afternoon ascent to our 11,200 foot destination, we encountered more snow than we had imagined. And, plenty of run off.

We slogged and trudged. The going was slow as our snow shoes occasionally broke through to water beneath the crusty surface. In time, Matt, the voice of reason, strongly suggested that we abort the mission. After some discussion, we agreed it was a bit risky to continue with the kids, unsure of the conditions ahead.

A bit disappointed, but knowing we were making the wise choice, we returned home. As we entered the front door, reluctantly depositing our gear in the entry hall, little Duncan put it all in perspective. With a wide grin on his cheery face, he threw his small arms in the air and declared: “We did it!”