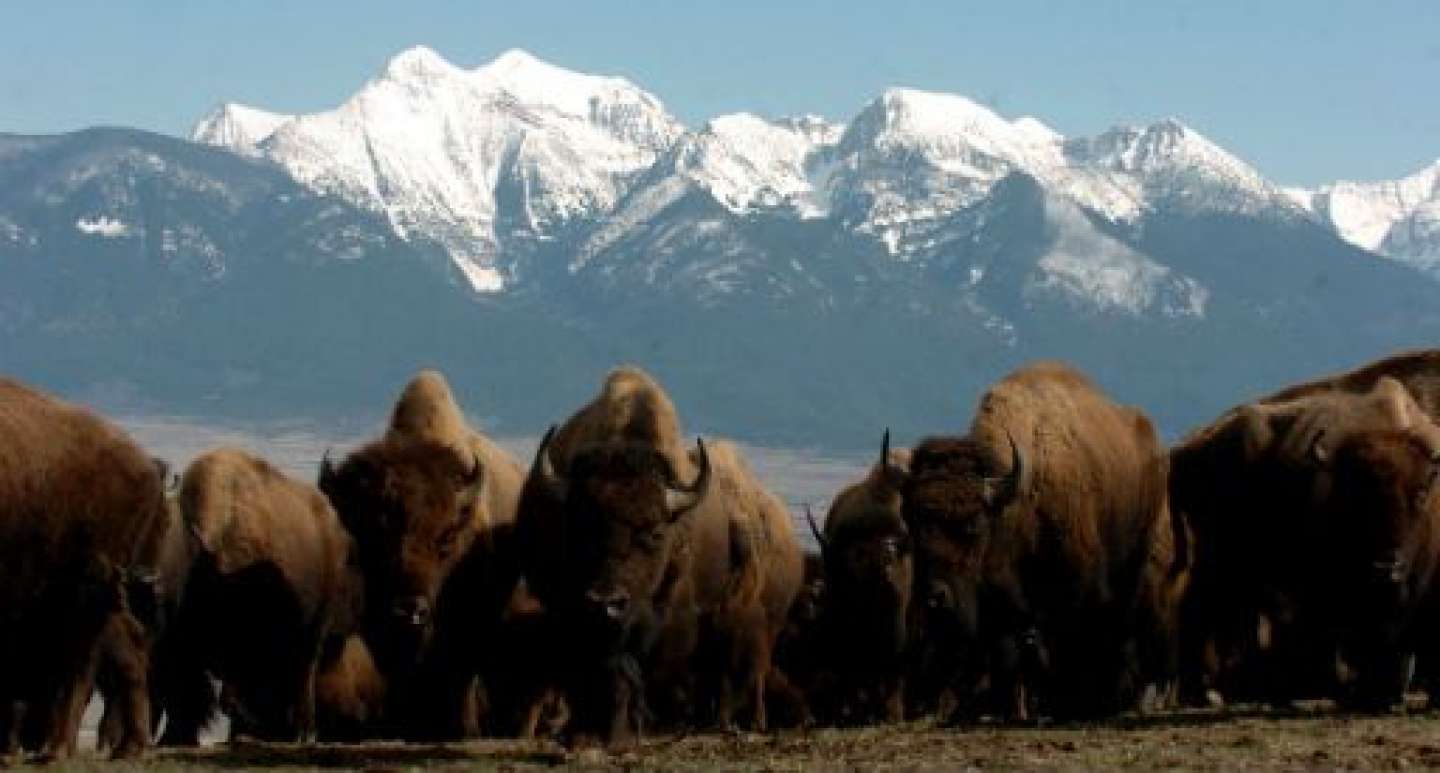 Where The Buffalo Roam

At the turn of the century, America's wild bison - which at one time numbered 60 million - had dwindled to about two dozen animals. Strong, sturdy and resilient, they’ve made a comeback, thanks to public and private conservation efforts.

On the range, in refuges and national parks, this symbol of our wildlife heritage is magnificent to observe. Despite their seemingly docile ways, don’t ignore ranger warnings. This large, grass-eating creature has been known to charge the too close for comfort curious tourist.

Snap a shot of this American icon – with a zoom lens:

1.Wildlife Expeditions, an educational outreach program of Teton Science Schools, a nonprofit organization, provides year-round wildlife viewing and natural history interpretation to those interested in a close-up, ethical view of Greater Yellowstone’s wild animals in their natural habitat. Experienced biologists use their knowledge and skills to locate bison as well as elk, deer, moose, bighorn sheep, and coyotes amongst the towering Teton Mountains.

2. The National Bison Range, 40 miles north of Missoula, MT, sprawls across 18,000 acres on one of the oldest wildlife refuges in the nation. Established in 1908, it is a scenic home to hundreds of bison as well as 200 species of birds and other native wildlife.

3. Yellowstone National Park is home to approximately 3,500 bison, many the descendants of the few who survived near-extinction. Weighing up to 2,000 pounds, you’ll likely spot them in the Lamar and Hayden Valleys. Also, be on the look out near Pelican Valley, the Lower Geyser Basin and in Gibbon Meadows.

4. Terry Bison Ranch, Cheyenne, WY: This family friendly ranch offers bison viewing year round in an environment dubbed “the west the way you want it” by its owners. A popular reunion spot, families can spread out into eight cabins, 17 bunkhouse rooms, as well as RV sites on the 27,000 acre spread. Home to nearly 3000 bison, the ranch also features train rides, horseback riding, a restaurant and a Trading Post.